Bjorn Again are the world’s most popular ABBA Tribute Show.

Bjorn Again perform all the biggest and best ABBA hits in a highly-entertaining world-class show that is fun for all ages and nationalities. Critically acclaimed, endorsed by ABBA, praised by the world’s biggest rock stars and adored by fans worldwide:

‘ONE OF THE MOST ENTERTAINING LIVE ROCK SHOWS IN THE WORLD TODAY”
Time Out, New York

‘FANS HAD BETTER MAKE THE MOST OF BJORN AGAIN BECAUSE THAT’S THE CLOSEST THEY ARE GOING TO GET TO SEEING ABBA. ABBA WILL NEVER REFORM!!’
Benny Andersson of ABBA live on Capital Radio London

Bjorn Again were established in Melbourne Australia in 1988 and have performed over 7000 concerts in over 120 countries world-wide. They were one of the first tribute bands and are regarded as the most successful of all time.

TAKE A CHANCE ON BJORN AGAIN – YOU WILL HAVE ‘THE TIME OF YOUR LIFE’! 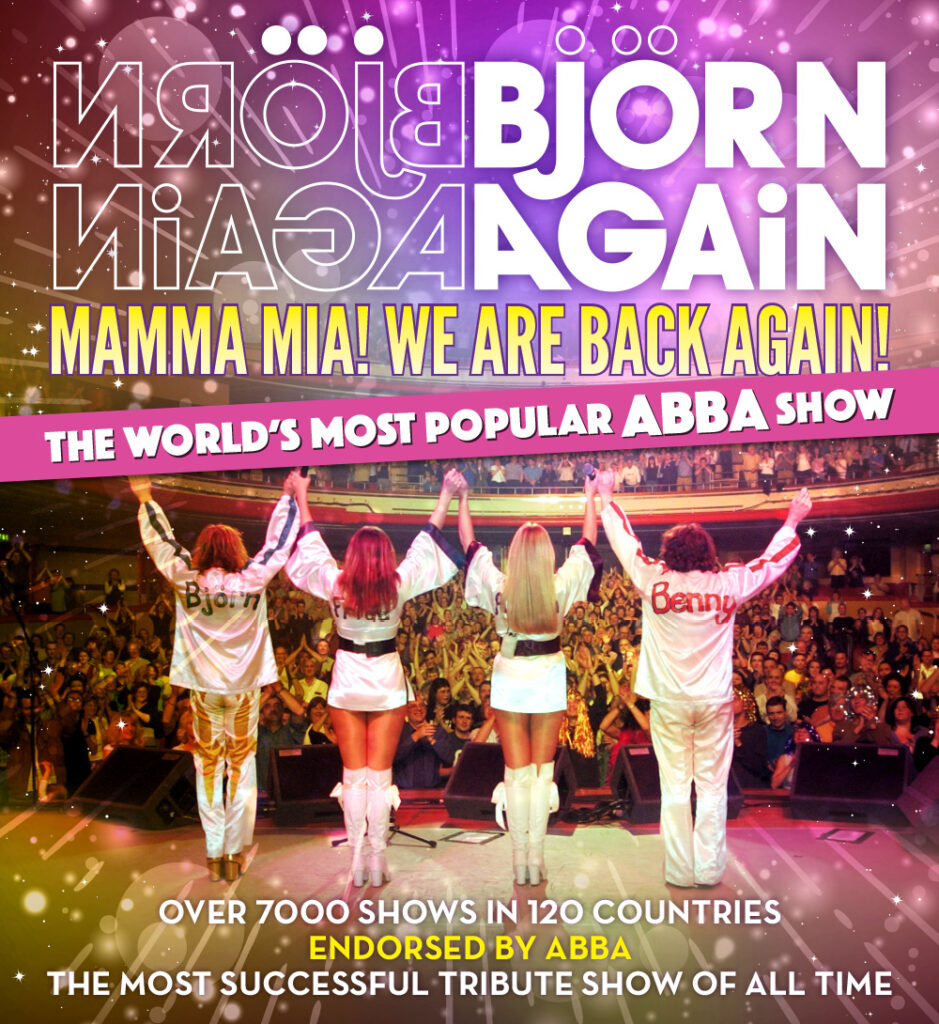